skip to main | skip to sidebar

Yesterday I decided I needed a Christmas gift for a family we know, so I thought an ornament might be a good idea.

As I searched through the Ravelry pattern database looking for something to inspire me, it occurred to me that an Ugly Christmas Sweater would make a fantastic ornament. 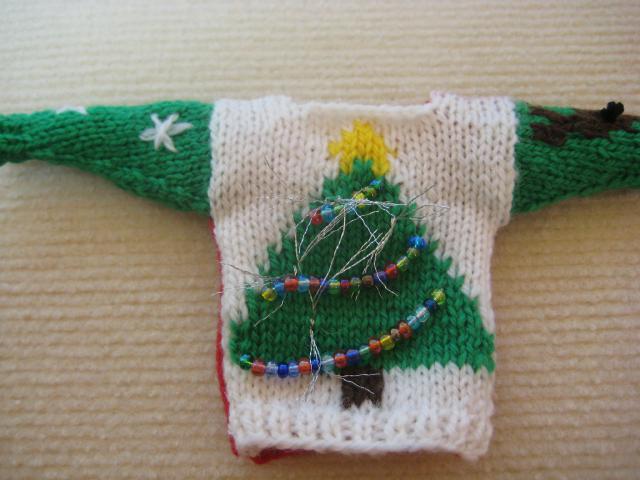 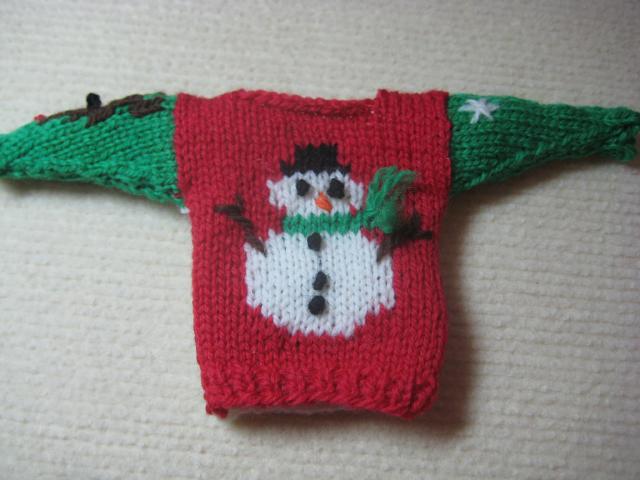 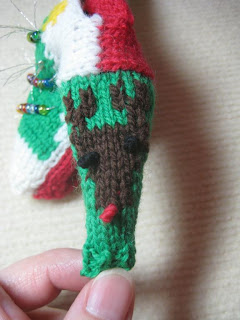 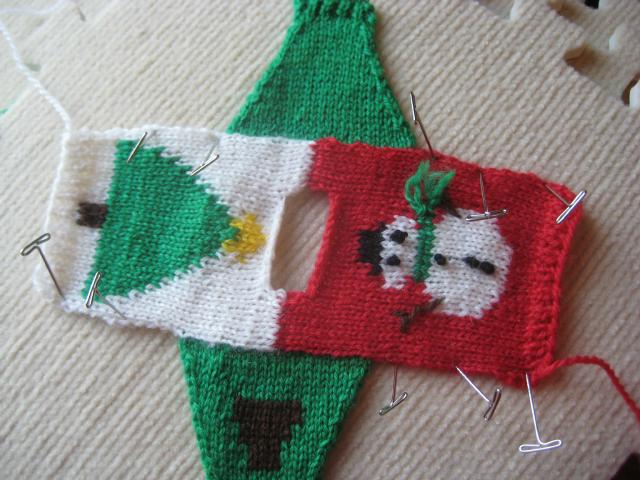 I'm not publishing an official pattern, but I am happy to share the charts and the general process for anyone who wants to make their own Ugly Christmas Sweater ornament. 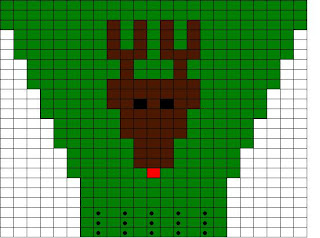 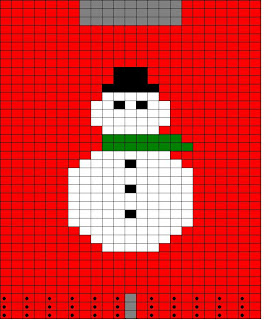 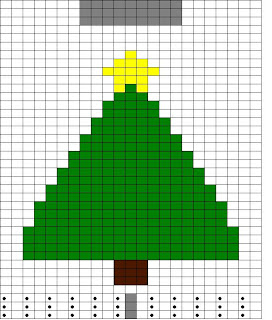 Click on the image to embiggen.
Gray boxes indicate "no stitch," which means CO 22 sts, then inc 1 st in Row 4. At the top, they show where the neck bind off occurs and additional rows are worked for each shoulder.

I knit the front and the back, using the intarsia technique, although I did strand the white across the back of the tree trunk and the star, since they were so small.  Later, I added French Knots for the snowman's eyes and buttons, as well as the reindeer's eyes and nose.  I knit in the reindeer's head, but used duplicate stitch to add the antlers.


I left the shoulder sts live for the front and back and joined using a 3-needle bind off.  I picked up the sts for the sleeves and knit down to the cuff.  For the sleeve with the snowflakes, I knit it all in green and embroidered them on later.  The snowman's arms were embroidered using outline stitch.


For the tree, I had some stretchy silver beading thread  that I used to string the "lights" and the tinsel was silver metallic embroidery floss, which was a real pain in the rear to work with.  Oh, and I added some fringe to the snowman's scarf with short lengths of the green yarn and I embroidered a carrot nose, too.


I did all the embellishing and wove in ends before doing the seaming.


I didn't bother picking up sts and knitting a ribbed neck, although I originally planned to.

This is awesome, Rox. and very fashionable this year - everyone is wearing the ugly christmas sweater!

That is awesome! Even now, weeks after Christmas.

wow - these are great. It's hard to find the knitting instructions, so thx for including!

Unknown said...
This comment has been removed by a blog administrator.
5:46 AM

You are so clever. Thank you for sharing this absolutely adorable Christmas sweater. Both sides are picture worthy.